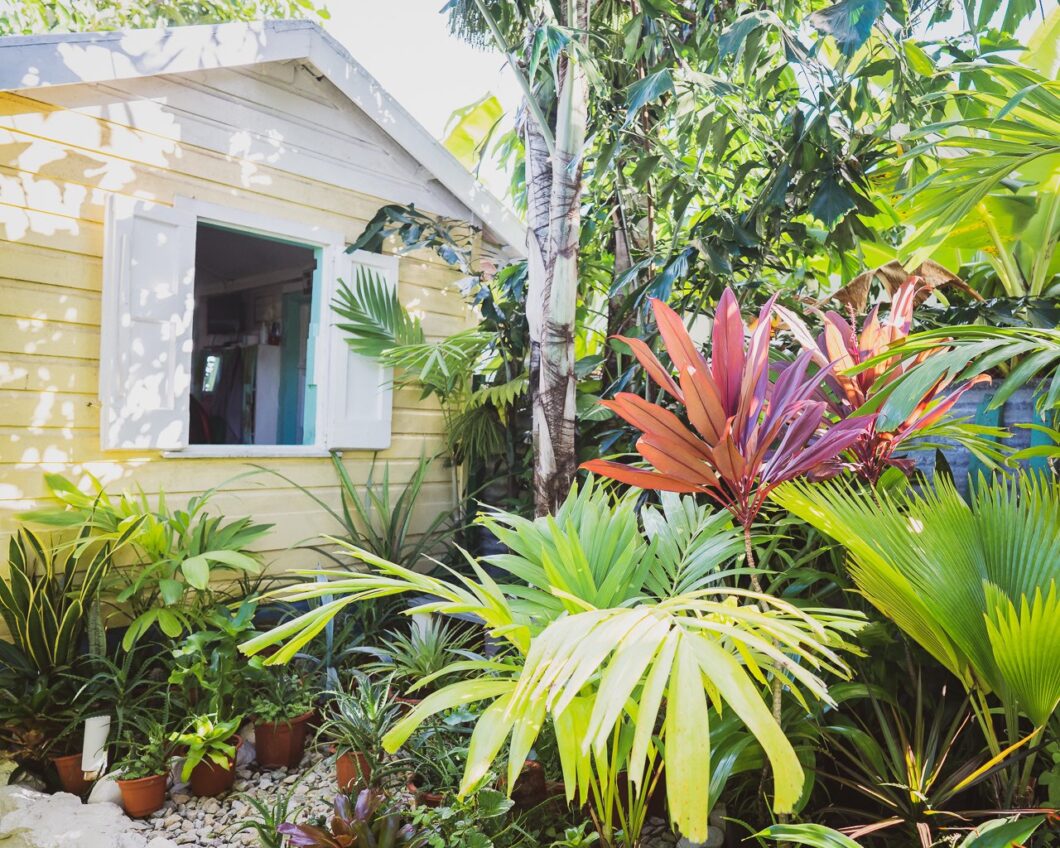 Antigua and Barbuda was one Caribbean country on my travel radar for many years.  “You’d fit straight into a brightly painted Caribbean house overlooking an idyllic sandy beach and warm blue water,” I was told.

Apparently, I’d enjoy the beach life!  Just hanging out in the doorway of my very own island house sipping one of Antigua’s delicious local juices as the sun dipped down over the Caribbean Sea.

Antigua and Barbuda boasts over 365 beaches.  That’s one for everyday of the year; Antiguans will tell you this at every opportunity.  Yes, we did seek out a couple of the less crowded beaches as well as visit some of Antigua’s popular attractions – Devil’s Bridge, Nelson’s Dockyard, and the Donkey Sanctuary.

Besides incredible white sandy beaches and a quintessential view of English Harbour from Shirley Heights, what makes this island truly amazing is the Antiguan people.

Everyone we met here was incredibly friendly and hospitable.  Walking down the street, people say “hello” and strike up a conversation just because. Locals are quick to lend a helping hand if you are lost or have any questions.

Of course, our trip was not all about the beaches.  We had to find a unique traditional Antiguan barbershop if such a thing existed.

I had an idea in my head that somewhere out there on the side of a road was a local barbershop in a traditional wooden house.  A place where locals chill after work talking politics and cricket before getting cleaned up and heading home for the evening.

My search started in the capital, St. John’s, walking street-to-street asking for barbershops.  From the Public Market I was pointed in one direction then another.  Most of the barbershops I found were newer.

Many concrete buildings had sprung up since the last couple major hurricanes.  As a result of this concrete expansion much of the old island charm was lost.

What we learned from asking around is that the older barbers and shops are pretty much gone now.  So now the shops are hip and modern.

My search spread out across the island until I found myself a few days later on an unassuming street in the Cashew Hill neighborhood.  I had to double check and ask a couple ladies sitting on their front porch nearby if I had the right location.

“Yes,” I was told as the women gestured to the back of the house next door, “Go through the gate on the side.”

Entering the backyard, I immediately knew this was what I had been searching for.  A little piece of unique island paradise tucked away in the tropical backyard of Padmore “Paddy” Jeremiah’s house.

Located on Bendal Street just outside the capital of St. John’s, it was hard to find, but this was the home of Wag’s Barbershop.

“They don’t build houses like this anymore” -Paddy Jeremiah

The structure was built as a traditional Antiguan house, but now solely used as a barbershop.   Inside, the house originally had two rooms splitting the interior space down the middle.  One side was a sleeping room and a living room on the other.  Later the dividing wall was removed to allow two barber chairs to fit in the structure.

The house is an authentic Caribbean design.  In the corners of the building are structural supports in case of a hurricane.  The original exterior shutters can be closed from inside and locked to keep bad weather out.

“They don’t build houses like this anymore,” Paddy says as he pats the exposed framework and carved wooden joints that keep the building together, “This wood is to keep these walls firm to maintain the strength of the building.”

An example of traditional old island craftsmanship.   The thick white and green paint layered over the years maintain and protect the building from weather, wear and tear.

Paddy explains that his “neighborhood string” is right here on Cashew Hill.  Paddy has never lived anywhere but here in this neighborhood.  He was born, raised, and continues to work as a barber right here in the backyard of his home.

“I’ve been cutting hair in here for about 35 years now,” Paddy adds.

Paddy proudly points out one of the two barber chairs in the room.  He had fixed the chair and decorated it using hand crafted wooden planks painted white.  Like many of the islanders, Paddy is both creative and resourceful.

A seating area set amongst lush tropical plants creates a relaxing atmosphere.  Sit back and unwind to the gentle sounds of wind chimes and chatter of two parakeets.

As soon as you step inside the garden, you immediately feel the nice cool air from the surrounding plants.  An oasis from the warm humid weather.

“That’s a little bar for my clients when they come.” -Paddy Jeremiah

Sip on a drink from Paddy’s custom bar while talking politics and cricket in the waiting area!  I was talking barbershops, and the customers we spoke with said there is nowhere else on the island with a barbershop like this!

More than just a barbershop, Wag’s is where the locals go to hangout.  A community space to catch-up on conversations and happenings.  The kind of place where a grandmother takes her grandson for a haircut and customers bring fresh produce from their garden to share.

“These are some artifacts,” Paddy adds, “my mum had some of these like the ice-cream churn.”

An old cell phone from the 80’s is part of an eclectic display.  Center stage with the aquarium was a classic looking record player.  Also on display is a collection of vintage clay cooking pots Paddy’s mother once used.

An old scale once used for weighing goods in a market and an old wooden washboard.  Paddy pulls it out and rubs his fingers across one side.  “A fine side and a course side for washing clothes on,” he adds.

Apparently, washboards were not used as musical instruments in Antigua unlike other parts of the world.  But if you look between the cricket bat and cameras, I am sure you will find a musical instrument somewhere on the shelf.

When traveling I am always on the lookout for a truly local experience.  Some of the best experiences I have had over the years were at the local barbershops.  You walk in to get a haircut, and in the process you learn so much about life in the community.

Far beyond just a haircut, Wag’s Barbershop is one of those places where people come to hang out, grab a beverage from the fridge, and join the conversation.  Paddy has created a unique tranquil atmosphere for all to enjoy.

“It’s unique.  It’s original.  You come here and the cool atmosphere, you know,” Paddy told us when asked why people should stop by.

“Sit down and socialize.  The conversation of course.” adds Paddy, “ That should be a good reason for people to come by.”

There is only one barbershop in the whole of Antigua like Wag’s!  So we are happy we had the opportunity to visit!

Read more about me and how this journey of visiting barbershops around the world began.

Hello - hope you are surviving all the summer heat

“Dream big, have a clear vision, and refer to it