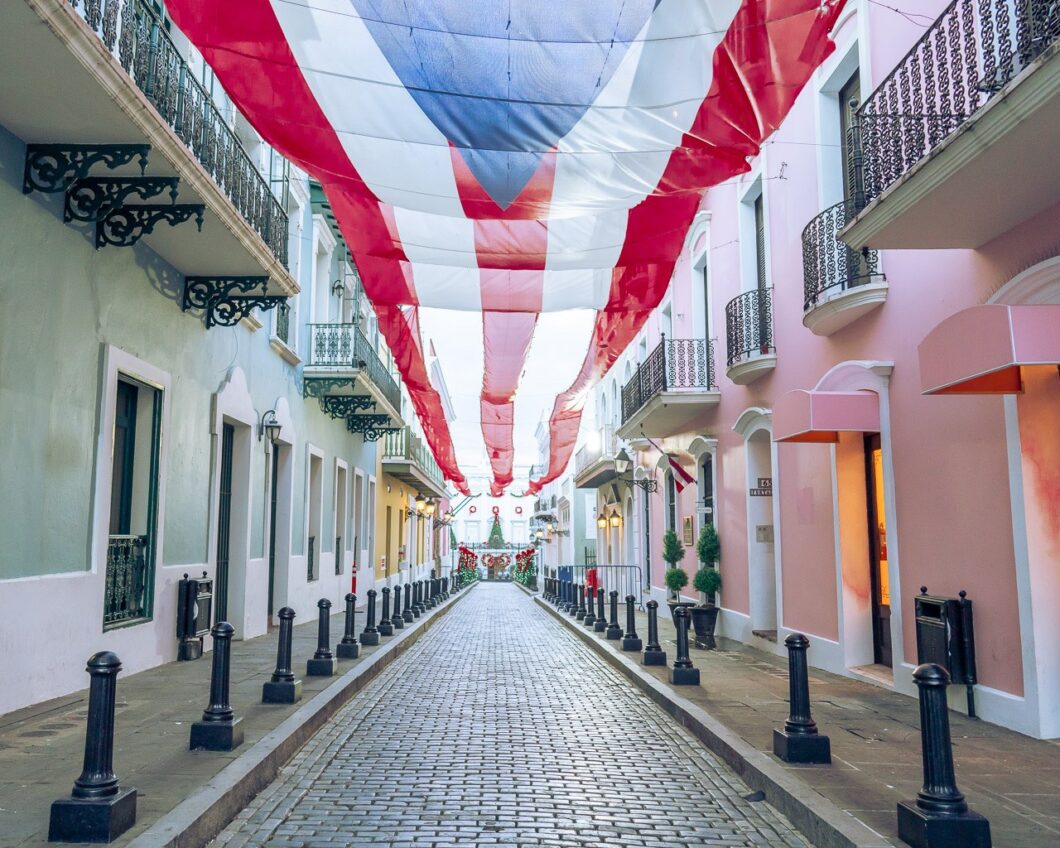 Chances are if you like to feel sand between your toes and the warmth of the sun on your skin, you’ve thought about visiting Puerto Rico. Despite its undeniable beauty, Puerto Rico is not solely the idealized country tourism ads sell.

It’s a land with rich culture and history. Emblazoned with contradictions and a character undetectable to the eyes at first glance. These aspects of the island can’t be discovered if you’re only looking for the simple, postcard-worthy beauty of Old San Juan.

Films and television are good ways to immerse yourself in foreign cultures and histories. They allow you both the distance and engagement necessary to connect with something unknown to you. From receiving radio proof of extraterrestrials at the Arecibo Observatory (Contact) to car chases at la Milla de Oro (Fast and the Furious).

Puerto Rico has served as the backdrop for numerous Hollywood productions. However, although it’s grown because of its tax incentives, the film industry in Puerto Rico is still relatively small.

Here are five films to better understand Puerto Rico, its history, and its people

As a result, the number of films made in Puerto Rico about Puerto Rico is modest. This, like many of the issues the following films explore, result from the island’s complicated colonial history and its ongoing economic crisis.

Based on a story by Ana Lydia Vega, La Gran Fiesta follows the story of a group of characters having one last party. A party at the grand “Casino de Puerto Rico” before it was occupied by the United States military in 1942 as a result of the second world war.

The film centers on a set of wealthy criollos, or European descendants, as they wrestled with the country’s ongoing political issues. That same year, Operation Bootstrap, the ambitious program that started Puerto Rico’s industrialization, had been established. This took Puerto Rico from a rural economy to a society based on class differences.

If you’re a fan of Broadway and film legend Raúl Juliá, whose credits range from Kiss of the Spider Woman to The Addams Family, this one’s for you. Although he plays a minor role, he is, as always, unforgettable.

You can watch La Gran Fiesta on YouTube here.

The jíbaro is one of Puerto Rico’s most iconic figures, serving as a source of local pride and inspiration. Jíbaro refers to the men and women who lived deep into the mountains, in rural areas of the island. They farmed the land back in the 19th and 20th centuries. Historically, these people were poor and illiterate and lived strenuous lives.

However, popular culture and the safe distance of time have distorted and romanticized the figure of the jíbaro, transforming the lifestyle into something aspirational. They are considered the “true” and traditional Puerto Rican – simple but hardworking, and a lover of the land.

Even though the figure has faded into iconicity and doesn’t quite exist as before, the effects of the jíbaro lifestyle still linger. Those living on the island’s rural areas still suffer from higher rates of poverty and lack of access to education. Furthermore, their struggles, like the reality of the jíbaro life, are rarely acknowledged.

Arí Maniel Cruz’s Antes que cante el gallo foregrounds the lives of a family living in the mountains of Barranquitas. The film centers on Carmín, a young girl living with her conservative grandmother. Carmín’s life is upended by her mother’s leaving with her new husband. Also, by the arrival of her father after many years in prison.

Antes que cante el Gallo (Before The Rooster Crows) distinguishes itself as a distinctly Puerto Rican movie. Yet its importance lies in how it disrupts any possibility of the romanticization of life in the Puerto Rican countryside. In the film, the countryside can be cruel. It’s a long distance from the romantic songs of the coquí.

Antes que cante el Gallo (Before The Rooster Crows) is free to watch on Amazon Prime if you have a subscription.

You might have heard of the 2019 protests against the PNP or pro-statehood governor Ricky Roselló back in 2019. However, Puerto Rico’s complicated history with the US and statehood extends far beyond the scope of that riotous summer. Following the Spanish-American War in 1898, US involvement in Puerto Rico expanded. So did its hold over the island and its values.

Ana María García’s 1982 documentary La Operación examines the history of mass sterilization of Puerto Rican women by the United States government during the 1930s and ’70s. The film consists of interviews interspersed with archival footage of the women who underwent the sterilization procedures.

At the time, the government blamed the island’s high levels of poverty and unemployment on overpopulation. Mass sterilization was proposed as a way to make Puerto Rico economically prosperous and modern. Though the procedure was presented to women as a form of family planning, the interviews reveal that some women did not know what they were getting into. Many came to regret their sterilizations.

Although the idea of mass sterilization seems distant, some women presented in the documentary are still alive today, and with PROMESA, US presence is felt more than ever. Like La Gran Fiesta, this documentary is a good primer on one aspect of Puerto Rico’s complicated history with the United States.

You can watch La Operación on YouTube here with English subtitles.

Jacobo Morales’ 1989 film is, perhaps, the best-known Puerto Rican film. It is the only one to receive a Best Foreign Film nomination at the Oscars.

The film follows a dejected and lonely widower forced into retirement. In one of his daily walks, he meets Angelina, a mysterious woman who refuses to speak of her past. Irked by her enigmatic personality, he hires a private investigator to follow her.

Although not marked by any relevant political events or topics like any of the other films mentioned, Lo que le pasó a Santiago marks a special place in Puerto Rico’s film history. It’s the first time it became possible for Puerto Rican filmmakers to conceive of the possibility of a national cinema.

Currently not available to stream on-line.

Even though Puerto Rico’s tourism website boasts of it as “one of the most LGBTQ-friendly islands in the Caribbean,” the LGBTQ community in Puerto Rico, particularly transgender individuals, still struggles to make their voices heard.

Directed by Santini and Sickles, Mala, Mala follows nine drag queens and transgender women through their daily lives as they grapple with the visibility that comes with their work and lifestyle. The documentary showcases several well-known activists and artists from the island. This includes trans-liberation activists like Soraya Santiago and Ivana Fred, and RuPaul’s Drag Race’s contestant April Carrión.

Throughout the film, the nine individuals discuss their desire to be more accepted into Puerto Rican society. They reveal their difficulties getting stable jobs, healthcare, and housing without facing prejudice. Ultimately, the film’s accomplishment lies in its ability to spotlight its subjects’ experiences without fetishizing or exploiting their identities.

If you want to learn more about Puerto Rico and its treatment of transgender and non-binary individuals, Mala, Mala is not only a necessary introduction but a good documentary all around.

You can rent Mala, Mala on Vudu or Amazon Prime.

Though not strictly a movie, Anthony Bourdain’s episode illuminates one element that highlights Puerto Rico as a beloved Caribbean destination: its delicious, mouth-watering food.

In this episode, Bourdain sets off to go beyond the mainstream, touristy food places that plague San Juan, the island’s capital. To explore the real plates that native Puerto Ricans enjoy every day. He discovers sofrito, roasted pork or pernil, and mofongo with a heavy side dose of the island’s economic troubles.

With Bourdain’s characteristic love and curiosity for the food and the people he encounters along the way, it’s a perfect introduction to Puerto Rican food culture and cuisine.

You can purchase this episode on Amazon Prime or find it on Hulu if you have a subscription.

Let us know what films you would recommend watching to better understand Puerto Rico’s history and people.