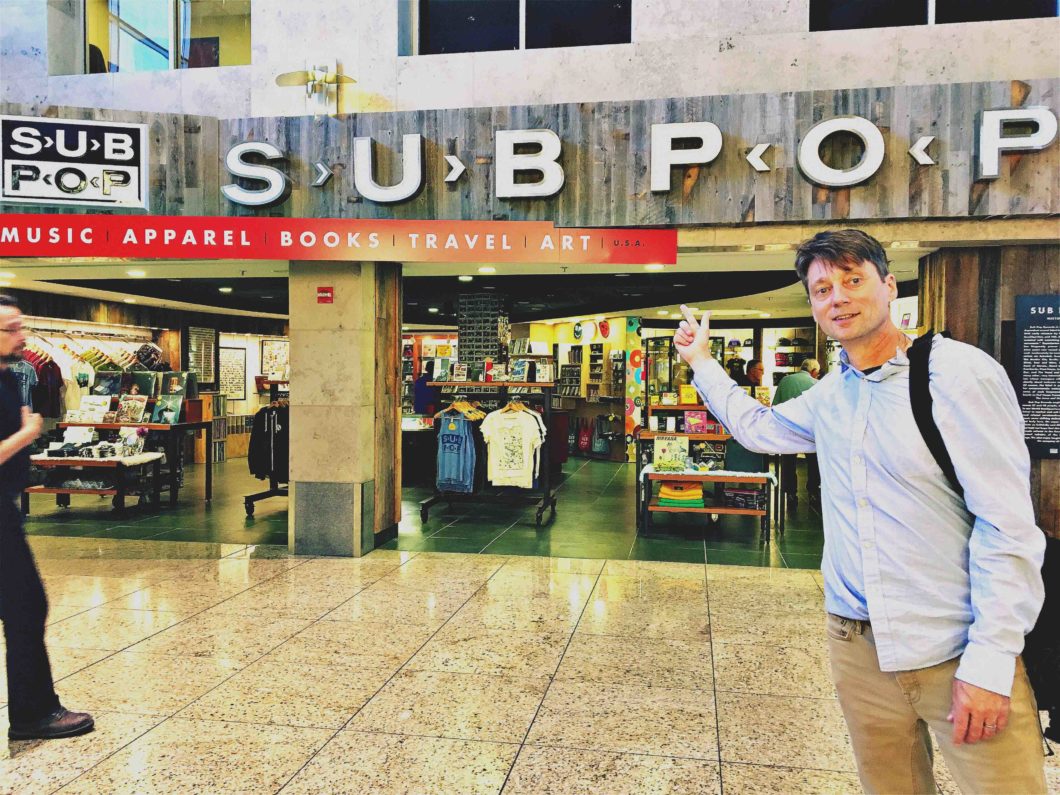 2018 has been an incredible year! What made this such a wonderful year is all of the amazing people we met. As you guys know we have been traveling and filming videos for several years and there are always certain elements we take into consideration when choosing where we film. We are always hoping to meet truly genuine people that embody the spirit of this journey. It is one of the reasons why we love and continue what we do.

Sometimes it does take us a while to reach destinations. It can take a couple years from our first contact with someone to actually traveling to that location. The planning, scheduling, and resources all need to come together before we can travel to film new video content. In the end, we feel it all comes together the way it was meant to.

This year we are very thankful for the opportunities to travel and film in seven countries. We ultimately released twenty-five videos this year which is so exciting to see as this is a record for our channel! A big departure from when we were lucky to release five or six videos in a year. If you are wondering, it’s still just the two of us working on everything. From research, planning, scheduling, filming, audio, editing, and photography to social media management. To find out about who is behind the camera and why there is generally limited talking in our videos, please read our Frequently Asked Questions.

Our year started off in the US and Canada before traveling to the Czech Republic and Hungary. We began our summer travels in the Czech Republic since we were attending a conference in Ostrava. This year also brought us for the very first time to Romania, Morocco, Madeira and the Azores. As we are approaching 2019, we wanted to share a recap of the places we visited and videos we filmed this year.

“I love what you do! The classic barbershop is something every man must experience.” – Jude Vigil

Jude first reached out to us back in November 2016. He sent a message via Facebook inviting us to his family’s barbershop explaining that it was a third generation shop originally opened in the 1940’s.  Jude and his sister, Velma, had recently taken over the business and saved it from being closed down when their dad planned to retire.

A couple messages were exchanged.  I let Jude know we were hoping to get to Santa Fe at some point although it was unclear when.  Well, the when turned out to be over a year later in March of 2018! 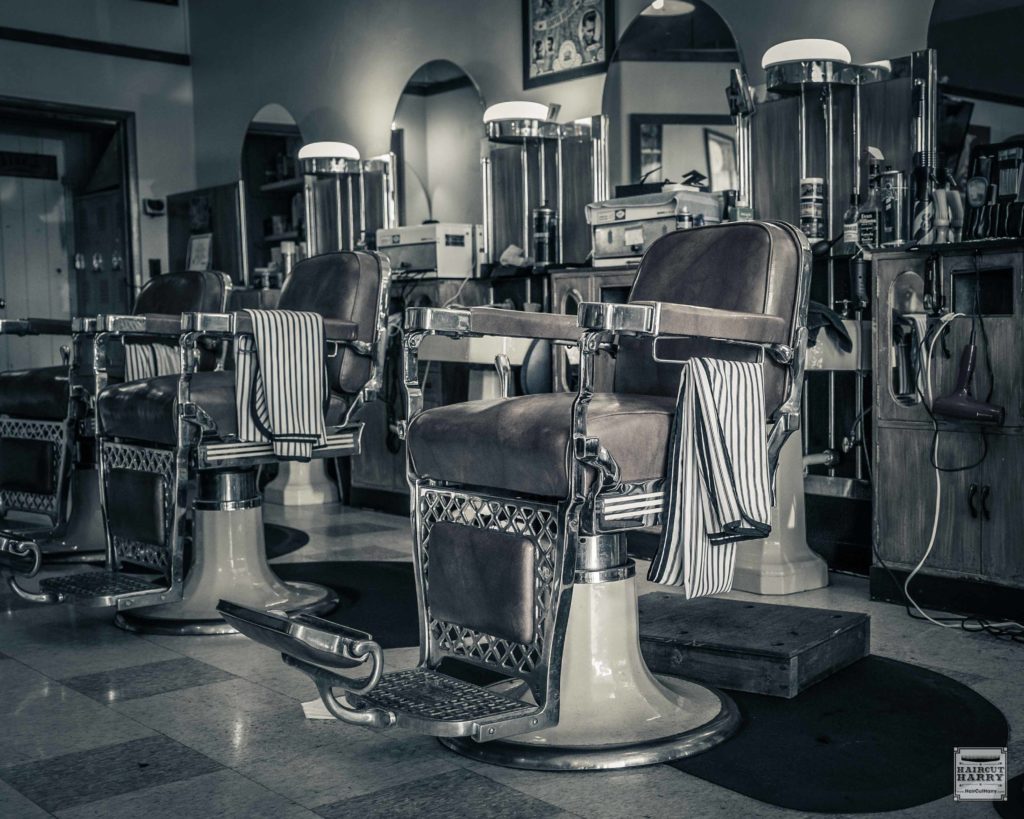 I knew there was a really interesting story behind the shop; three generations and the struggles to keep serving the community with the same quality of service that had sustained this local family business for two generations.  The time we spent with the Vigil family resulted in our blog post, Sante Fe’s Oldest and Only Traditional Barbershop and a haircut experience video with Gilbert Vigil.  Gilbert has been barbering for over 55 years!

April 2018 saw us back in Las Vegas for a couple days for a conference.  So how could we not pass up a chance to swing by Cliff’s Barbershop and Corral to see how our friend Cliff was doing.  It was a brief visit, but a fun one.  We filmed Cliff showing us some of the many collectibles that make his barbershop so special.

Cliff told us about some of the people who had visited him after watching our videos.  As well as the tour buses that have dropped off tourists eager to snap a few photos.  Some people had told Cliff that meeting him and visiting his shop was on their bucket list.  We are so happy to hear about everyone enjoying Cliff’s one of a kind barbershop!

If you can’t make it to Las Vegas anytime soon, then don’t despair as we do have our video Tour of Cliff’s Barber Shop Corral for you to watch.

3.  72-hrs In Vancouver BC With The Street Thug Barbers

The very first time we were in contact with the Street Thug Barbers was in December of 2015.  The original founders, Cameron Sterling and Josh Malcolm, have been providing free haircuts to those in need since August 1st, 2015.  We followed what they were doing and stayed in contact up until we finally met in 2018!

The Street Thug Barber core members are Cameron, Josh, and Farzad Salehi who is also known as “The Happy Barber.”  The Street Thug Barbers have volunteered their time every Sunday in Oppenheimer Park located in Vancouver’s Downtown Eastside.  It is an area with a significant homeless and low-income population. Cameron described their work in Oppenheimer Park much like the relationship they develop with the customers they see in the barbershop.  It’s about connecting with people and being accepted by the community they serve.

We are very thankful we got to spend an incredible Sunday morning in Oppenheimer Park in the Downtown Eastside community. While waiting for a haircut, a lot of people took time to share their stories with us. Stories about life, family, relationships, and growing up. Although so many have experienced pain and tragedy, we were also able to share some jokes and laughter. Little did we know that the people we met on this day would steal our hearts.

After spending Sunday morning filming in Oppenheimer Park we headed to Victory Barber & Brand in Gastown to film a haircut video with Josh.

The next day, before heading back to the United States, we filmed at Farzad’s Barber Shop.  We were so lucky we had the opportunity to spend our last evening with Farzad and Shelley Salehi in their classy and welcoming barber shop in Yaletown.  Farzad found his way to Vancouver BC from Iran over twenty years ago and brought with him his knowledge of Iranian barbershops.

He has an incredible story behind his long journey to Canada that was published in The Vancouver Sun – Close Shaves: The Journey Of Fazad Salehi.

During our evening with Farzad we learned so much about the power of human perseverance and acceptance. Farzad is a truly humbling person who says the best award or label he could receive is that of the neighborhood barber!  That was what would make him happy.

Before we traveled to Vacouver, Farzad and I spoke on the phone where Farzad was quick with the questions.  As Farzad said at the time, he wanted to learn a little bit about this guy traveling all the way to Vancouver and planning on visiting his barbershop.

When we got to Vancouver I asked Farzad if he’d like to record a conversation between the two of us. Many of the questions he had had were similar to those posted on our YouTube channel. Some questions we had briefly shared in our blog post about How It All Started. Farzad, being the great conversationalist he is, asked lots of questions, shared stories, and gave great life lessons on camera.

“Every flower smells different and they all smell good.” -Saying in Farci shared by Farzad

The conversation was edited down into two videos where you can learn a little bit more about HairCut Harry and Farzad The Happy Barber.  We also shared some of our memorable experiences visiting barbershops around the world.

6.  The Barber Museum of Budapest

August saw us in Budapest for a few days.  It was my first time being back in Budapest after a very long time.  So we were excited to explore some of Budapest’s Grand Cafes that have since been revitalized.

We were also on the lookout for unique barbershops.  Prior to traveling to Budapest, we researched barbershops within the city.  Like many of the former Eastern bloc countries, Budapest has been reinventing the barbershop scene in recent years.  What really jumped out was that Budapest has a small Barber Museum!

The museum is one room packed with history located within The Barber Shop Budapest.  It primarily houses the personal collection of the Gellei family who have a long tradition of barbering in Hungary. Aaron comes from a family of three generations of barbers.  His grandfather, dad, and his brothers all work as barbers.

We filmed a short walk-around the museum where Aaron Gellei explains some of the history behind a few of the items on display.

We then were lucky enough to film a classic hot-towel shaving experience in the museum itself using some of the old equipment on display.  Aaron moved the vintage American barber chair that was positioned in the corner into the middle of the museum ready for filming.

Since we were filming in the evening right before closing hours, it began to get dark very quickly.  The museum lighting is not the same bright lighting you get in the barber shop.  So Aaron was trying to shave in the disappearing light! As always we are very grateful to the barbers who do everything they can to accommodate the filming to make these videos.

Thank you so much to every single one of you who has helped make this such an amazing year!  A very special thanks to our Patreon supporters for your continued generous support.

Hope you enjoyed part 1 of our 2018 travels and videos roundup.  Read part 2 where we travel to Romania, Czech Republic, and Morocco.

Hello - hope you are surviving all the summer heat

“Dream big, have a clear vision, and refer to it