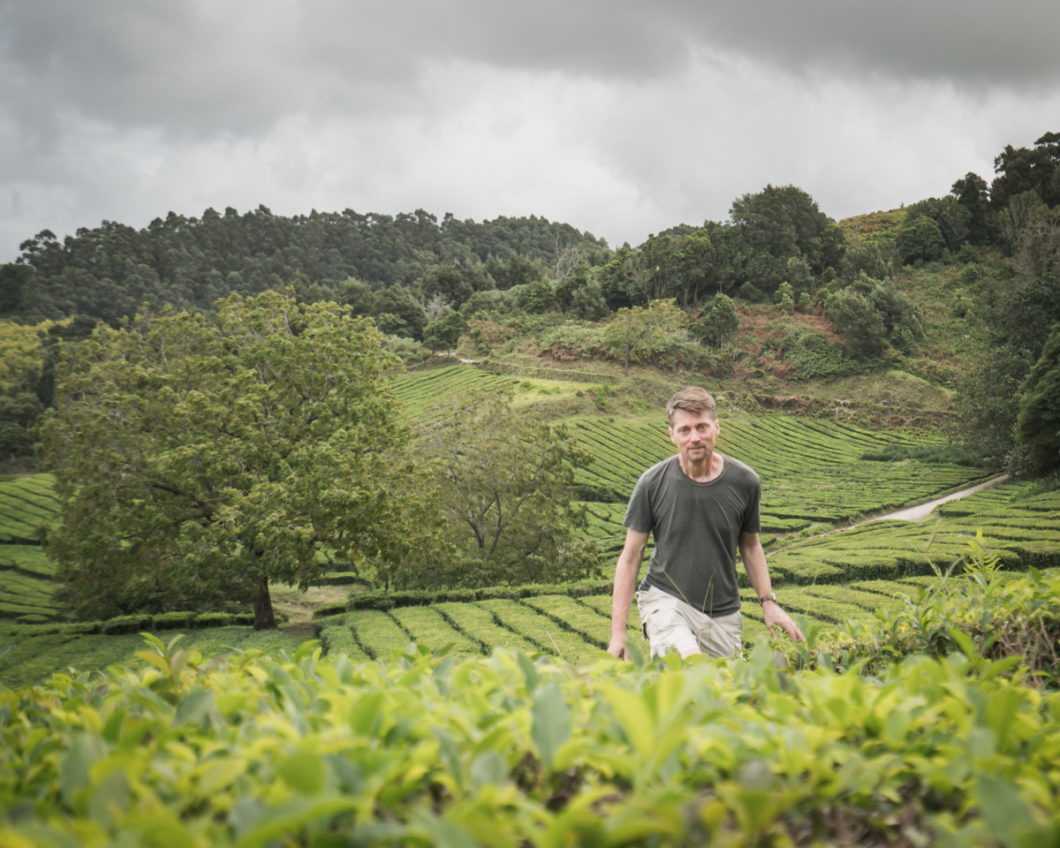 2018 has been an incredible year! What made this such a wonderful year is all of the amazing people we met. As you guys know we have been traveling and filming videos for several years and there are always certain elements we take into consideration when choosing where we film. We are always hoping to meet truly genuine people that embody the spirit of this journey. It is one of the reasons why we love and continue what we do.

Sometimes it does take us a while to reach destinations. It can take a couple years from our first contact with someone to actually traveling to that location. The planning, scheduling, and resources all need to come together before we can travel to film new video content. In the end, we feel it all comes together the way it was meant to.

This year we are very thankful for the opportunities to travel and film in seven countries. We ultimately released twenty-five videos this year which is so exciting to see as this is a record for our channel! A big departure from when we were lucky to release six or seven videos in a year.  Also, while traveling our YouTube channel surpassed the incredible milestone of 100,000 subscribers! I never imagined this would happen from a video we shared on YouTube of an Indian barbershop experience that started it all!

If you are wondering, it’s still just the two of us working on everything. From research, planning, scheduling, filming, audio, editing, and photography to social media management. To find out about who is behind the camera and why there is generally limited talking in our videos, please read our Frequently Asked Questions.

Our year started off in the US and Canada before traveling to the Czech Republic and Hungary. We began our summer travels in the Czech Republic since we were attending a conference in Ostrava. This year also brought us for the very first time to Romania, Morocco, Madeira and the Azores. As we are planning for 2019, we wanted to take a look back at 2018 and share a recap of the places we visited and videos we filmed this year.

“Pearl Of The Atlantic” – Madeira

Towards the end of our trip we traveled to Madeira, Portugal.  The island is a tropical retreat with definite European flare.  What we really loved about the island was all of the natural beauty.  Also, once you are in the countryside it is so quiet.  No car sounds or people, just the ocean, the waterfalls, and a cool breeze of fresh air.

We planned on basing our stay in Funchal to relax, work a little, and explore the island.  In the early mornings I typically take a walkaround the towns we visit to just look and see what is out there in a new place.  It is how I familiarize myself with a new location.  I also use this time to locate a possible barbershop to film and photograph.

On one of my morning wanders I filmed a brief walking tour of Funchal. I also introduced the barbershop where we ultimately filmed a wet shave experience. In this video, Cable Cars, Bus Tickets, and the Oldest Original Barbershop in Funchal, I also gave some tips for tourists looking to travel to Madeira.

Wandering the city in the early morning is a great way to experience a local community come to life.  A stillness followed by the gradual sounds of awakening as people start to move about the streets.  A rumble of a bus in the distance as it draws closer.  The chatter and footsteps as people move about.  The warm fresh aroma of coffee emerging onto the street from a local cafe.

It was during this time that I first walked around one of the biggest historical tourist attractions in Funchal.  The old Farmers Market, Mercado dos Lavradores, is located in the old town and is still a major hub of activity for traders selling their tropical fruits and Atlantic caught fresh fish.

The market was opened in November 1940.  The design included some spaces for permanent shops to operate and serve the local community. One of these spots has been occupied by the same barbershop since the market first opened to the public.

Seventy-eight years later I was sitting in the barber chair of this historic gem and filming a traditional wet shave.  The barber who I filmed with is 80 years old and had been working at this shop for 25 years.  He didn’t speak English, but he agreed to be filmed after a customer there helped me with the translation.

The Azores – Islands In The Atlantic Ocean

The island of São Miguel was our final destination for 2018.  We had already been considering traveling to the Azores when João Rocha reached out and let us know we were welcome in his shop.  João grew up on Terceira Island which is where he opened his first barbershop.  He told us he watched all our videos because they teach a lot about the vision of each barber who cuts my hair.  So we finally made it to the Azores, and we can’t thank João and everyone we met during our time here enough for their incredible hospitality!

We could not have ended our travels in a more amazing place.  Some parts will remind you of the English countryside.  Green pastures, rolling hills, and hydrangeas growing along the roadside.  And in other parts you will discover waterfalls, lagoons, and hot springs.  The Azores is also home to the only remaining tea plantation in Europe.  Chá Gorreana is a family run tea plantation that was established in 1883.

Although we only spent time on São Miguel, we fell in love with it.  There is so much natural beauty everywhere.  And interesting stories too.  João and fellow barber Marco Correia shared some of the island’s tales and history.

So typically when we travel, we tend to stay in town.  This time we chose to stay outside of the city in a small town called Nordeste which is about a 45 minute drive from Ponta Delgada.  We loved the beautiful picturesque countryside.  Each time we went into Ponta Delgada we would drive by the tea plantation.  We stopped there a couple times to walk around, taste the tea, and take it all in.

João and Marco told us about the abandoned 5-star Monte Palace hotel overlooking Lagoa Verde (The Green Lagoon) and Lagoa Azul (the Blue Lagoon).  The hotel was originally built in the late 1980’s as an exclusive retreat to draw tourists into the Azores.  Let’s just say the plan was a little ahead of global travel and tourism trends.

The hotel managed to stay operational for about a year before it closed.  For more than a decade the property was patrolled by security, but eventually that came to an end.  It was rumored to be a perfect 80s time warp when the locals gained access in the mid-2000s but this did not last long as the property was raided for anything inside.  Even the old tube TV’s and mattresses were taken.

Of course we were fascinated by this and had to go see it!  The hotel is an empty shell now with rumors of being renovated.  Derelict or not, the location of this hotel gives amazing views down towards the lagoons and Sete Cidades.  Would love to see what the hotel ends up looking like if it is renovated.

Building A Dream: Opening A Barbershop

When João opened his first barbershop on Terceira Island, he was “afraid of everything.”  It was a very small shop and he didn’t spend much money.  It was only one chair and a mirror.  It was the absolute bare minimum because João was “afraid of not being good and afraid of not having clients.”

There was no advertising and no business cards.  João did not even create a social media business profile on Facebook or Instagram.  The only thing he thought to do was to give good haircuts.  If he gave every customer a good haircut, their friends would ask them where they got their haircut and they will come too.

The barbershop was not in the center of the city. He was in a village, yet people began coming from the town to the village to cut their hair.  This was just the beginning that catapulted him to the next level.  The barbershop was growing and he added a second chair.  Spreading the word by mouth João says, “I think is the true advertising.”

Three years later Joao opened his second barbershop in Ponta Delgada on Sao Miguel Island!  It was in this shop that we met João and filmed the haircut video.

João feels as part of the haircut everything should be addressed as a complete service.  He said you shouldn’t leave stray hairs in place; you need to look at the entire picture.  After my haircut, João completed the look by giving me a beard trim.  Although we filmed this with the haircut in the same sitting, when we edited the video we decided to release this as a separate video.  And this is probably the longest you will see my facial hair!

The Search For An Old Barbershop

On our first evening in the Azores we stopped by The Barbershop by João Rocha PDL where we were greeted by João and Marco.  They introduced us to local food with “island flavors” at Botequim Açoriano in Rabo de Peixe where we shared stories, laughs, and of course talked about barbershops!

You guys know we have always had a soft spot for authentic old barbershops.  We are always on the look out for them while traveling.  The kind without any social media nor any online presence.

Marco shared that he knew of a shop just like this!  It was a place he had been to while growing up.  He told us about this barber who had been cutting hair for decades. You cannot Google this shop so we would have never known about it had it not been for Marco.

A few days later we went with João to find the shop.  It was the first time for him to visit the shop as well. Off we went without an address.  We were told to head for a town just outside of Ponta Delgada and once close to the center of town just ask somebody for the barbershop location!

José Galinha or Mr. Chicken as he is known locally is an 88-year old barber who had been barbering since the age of 10.  He had been operating a barbershop in the town of Arrifes, just outside of Ponta Degada, for 72 years.

The barbershop was a rare find filled with local historical memorabilia and his personal collections of locally influenced knick-knacks.  Shops such as this that are built up over time with collections always give you such a different feeling as soon as you step inside.

Thank you so much to everyone who has helped make this such an amazing year!  We are extremely grateful to each one of you for all of the support, encouragement, and enthusiasm you have given.  A very special thanks to our Patreon supporters for your continued generous support.

Hope you enjoyed the last part of our 2018 travels and videos roundup.  You can read part 1 and part 2 in case you missed these posts.

Sad to hear of the recent coup by military in Myan

Hope you had a good weekend 😊⁠ ⁠ It’s bee