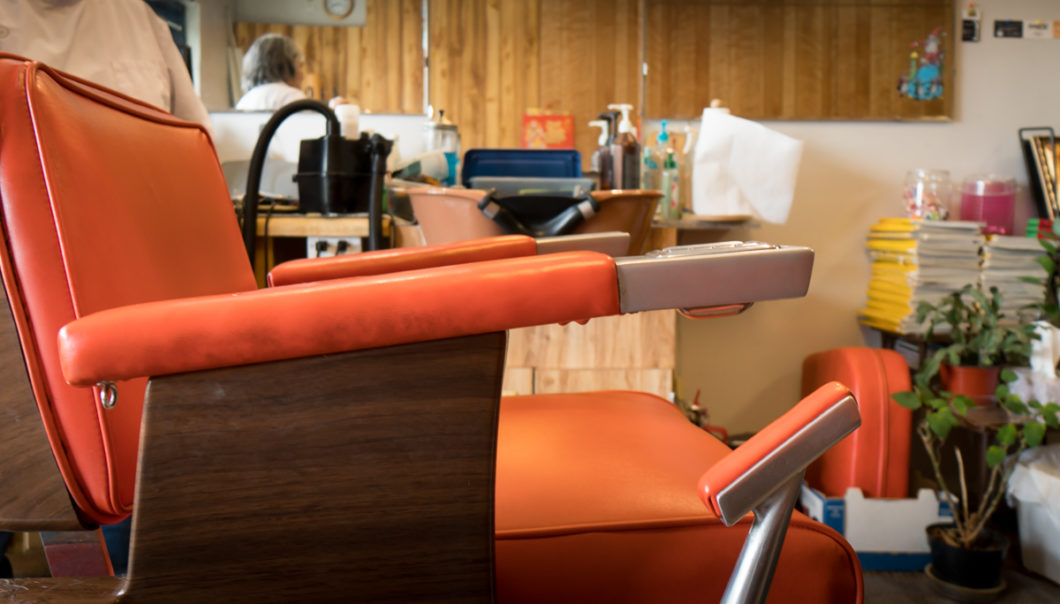 We absolutely love spending time in and visiting large cities, but we also appreciate traditional smaller towns like Moscow, Idaho.  In all my years of traveling I’ve always liked to get off the beaten track to discover what is there.  What we love about traveling to different places and visiting a local barber shop is the people you meet.  Kazumi’s Barber Shop in Moscow, Idaho was one we truly enjoyed.

Recently, we were on a road trip in the US revisiting some cities as well as traveling to some places we haven’t seen before.  On one of our stops, we spent the night in Moscow, Idaho.  Moscow is home to the University of Idaho and has a population of around 25,000.

The town is filled with lots of cafes and restaurants.  Bucer’s Coffeehouse & Pub as well as One World Cafe are two of the locally owned eateries we stopped by for coffee and a bite to eat.  Both cafes served great coffee and healthy lunch menu options.

On this road trip, we were looking for old school barbershops in smaller towns of America.  We found two barbers in Moscow.  Each barber had a different personal story as well as decades of experience.

One of the shops we filmed at was Kazumi’s Barber Shop.  When we stopped by her shop and enjoyed meeting and hearing her story.

If you are interested in more old school barbershops we have visited, then check out our blog posts on Santa Fe’s Oldest and Only Traditional Barber Shop, Bud’s Family Barber Shop in New Orleans, and Kenneth’s community barbershop Cuts and Bends in Oakland, California.

Kazumi grew up in Okinawa, Japan.  After high school she worked as a sales person in a music store and she also worked in an office doing paperwork.  She remembers how she didn’t like sitting down doing stuff.  She preferred to move around and be more active.

Kazumi went to barbering school in Tokyo, got licensed, and worked there for a little bit.  Later she met her husband who is actually from Idaho so they eventually settled down in Moscow, Idaho.  Over twenty years ago Kazumi opened her barber shop in Moscow, Idaho.  Prior to that she lived in California and worked as a barber on a navy base for a few years.

Before opening her shop, Kazumi also worked in a unisex salon for a period of time.  However, she found that she really wanted to get back into a more traditional barbering environment.

The reason Kazumi loves barbering is because of the people.  Her customers are typically older and she has been seeing them for many years.  She has customers who have passed away and has seen some go into nursing homes.  A few of her customers are children but she says when they become teenagers they will often go to salons.

She proudly showed us the vintage red barber chair she acquired from another barbershop. It has the built in ashtray from back in the day when people smoked inside businesses.  The red chairs in her shop were meant to match her barber chair.

You’ll also notice she has a green thumb from all the plants in her shop.

“From one old school barber to another, I’d give her a big 9 out of 10 for that haircut….”

It was awesome to see so many of you from the area who commented on the video we filmed with Kazumi giving my hair a trim.  A couple of you suggested places to eat as well. We always love local tips!

Tyler recommended The Breakfast Club and Mr.Stranger suggested the area’s famous Grub Truck food truck. Check these places out if you are visiting Moscow, Idaho.

Thank you so much to all of you for watching, commenting, and liking the video we filmed with Kazumi at her barber shop in Moscow, Idaho!

Haircuts and walk-ins only.

Hello - you guys seemed to like this photo when I

“Have you ever been shaved by a barber before? .

Hello – how’s it going? Thank you for checkin

Thanks to all of you who joined the conversation o