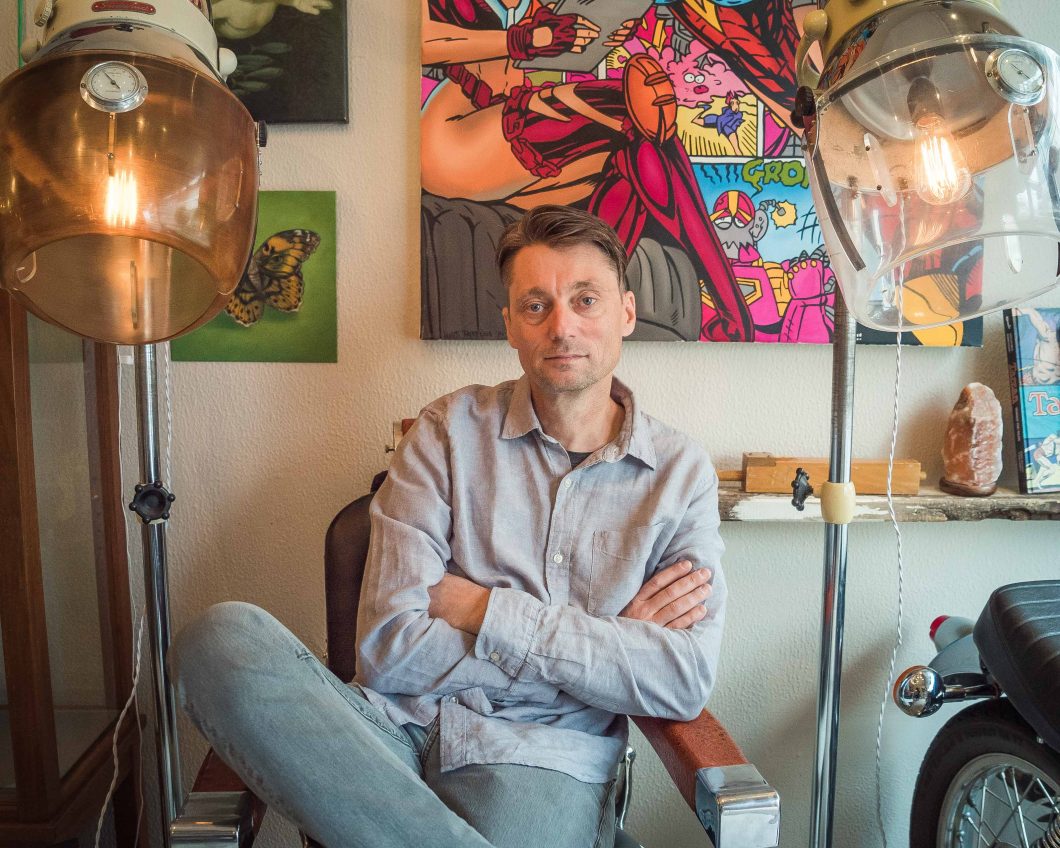 2017 was a busy year for us!  We traveled to ten countries and uploaded twenty-two videos!  A highlight was returning to Aurangabad, India, and locating the barber who we filmed in our original YouTube video!

A huge thank you to all the amazing barbers who welcomed us into their barber shops, and we are especially grateful to all of the viewers who take the time to like, comment, subscribe, and share the videos.  A very special thanks to each one of our Patreon supporters.  Thank you so much to everyone for making this a great year!

Our YouTube audience has been diligently clocking up the view counts so here we go for our top 10 viewed videos of 2017!

For the second year running, the haircut filmed at Cliff’s Barber Corral is our most watched video with Cliff’s scissor slinging precision!  Since we filmed Cliff in action we hear he has been hosting bus loads of tourist groups and will appear in British television series “Last Laugh in Vegas” set to air in 2018!

Many of you ask questions about Cliff’s scissors.  To find out more about Cliff and his scissors watch the interview we filmed with him.

It has been three years since we filmed this video with Angel in Seligman, AZ, and it’s still a crowd pleaser!  If you ever have the opportunity to visit Angel and hear his story in person, you will be continuing down the road with a positive boost big enough to accomplish all your dreams!

3. America’s Most Polite Barber at The House of Shave Barber Parlor

Matthew Gallegos quickly got a reputation for being America’s most polite barber after we shared this video on YouTube.  So it is not surprising this video is still so popular!  This haircut video is one of three videos we filmed with Matthew in 2014.

In this video that has consistently been popular since uploading in 2015, we share a classic old school themed barbershop experience in a lovely historic building setting.

We were so lucky to spend an extended period of time in Paris!  During our visit we spent a lot of time walking around the City of Light to explore the neighborhoods, architecture, markets, and gardens.

We surprised Grizzly Barber Shop with a request to film a video.  Grizzly Barber was not only up for us to film right there and then, but introduced us to a popular Parisian beard waxing experience!

It may look like I was really suffering in the video, but it was honestly not as painful as I was anticipating!  This waxing service removes hairs by the root so the skin stays hair free longer.

We had one day left searching in New Orleans when we found Bud and his classic family barbershop.  This is an occasion where everything worked out how it was meant to be.  Sometimes it takes being on location to find just the right barber!  We feel very fortunate that we found Mr. Bud.

Bud was born and raised in New Orleans.  Family Barber Shop has been in it’s current location on Oak Street in the Carrollton area of New Orleans since 1966.  Prior to that the shop was located a few doors down on Oak Street from 1946 – 1966 and was originally opened by Bud’s dad who was also a barber.  Bud started out by shining shoes at his dad’s shop.  He recalls when haircuts cost thirty-five cents for adults and twenty-five cents for children!

Bud is a 94-year-old World War 2 Veteran and barber who served his country in the Navy during World War Two.  After World War Two, Bud continued his service by serving in the US Army.

A couple hours prior to filming this video at Jack the Clipper, we had just landed at London Heathrow Airport.  Any jet lag I had was gone by the time the head massage was over!

Toronto was our first stop on our travels in 2017.  We had the pleasure of filming at The Nite Owl Barber Shop on Lakeshore Boulevard West.  This original 1940’s barbershop was lovingly restored by Brian Hurson.  The shop had been vacant for several years before Brian started renovations on the original interior readying it to serve the local community once again.  As soon as you step inside The Nite Owl you can feel Brian’s deep respect and appreciation of history.

We had limited time in Toronto to explore the city.  So our friends at The Nite Owl Barber Shop gave some great suggestions of what to do and see on a stopover.  To find out more read our blog post – Seeking Local Treasures On Toronto Stopover.

Our visit to Toronto was a wonderful kick off to our filming across 3 continents and 15 barbershops!

This video was our second ever uploaded video to YouTube, and it is still turning heads!   Thankfully we filmed this video when we stumbled upon it inside the Grand Bazaar in Istanbul, Turkey.  The bazaar is maze like inside and many have had difficulty finding this barbershop!

Reykjavik was a stopover on route to Europe in 2017, and we would love to return!  We had a great time meeting JJ at Hárskeri Almúgans – Common Joe’s barbershop.

JJ shared so many stories about Icelandic history, the shop, and his life.  He is a true artist, musician, and advocate for Icelandic heritage.  Hárskeri Almúgans barbershop is a reflection of JJ.  It is a museum of one of kind art created from pieces of Iceland.   If you are ever in Reykjavik then check it out or watch our tour here – Common Joe’s Barbershop.

If you liked this post, read more about our most popular videos with over a million views and find out the stories behind them.  We share a little bit about how we found the barbershops and what made us decide where we filmed the videos.

This is a behind the scenes look at our most recen

Throwback to 2017. Behind the scenes filming with

This has been a long time in the making, and we ar