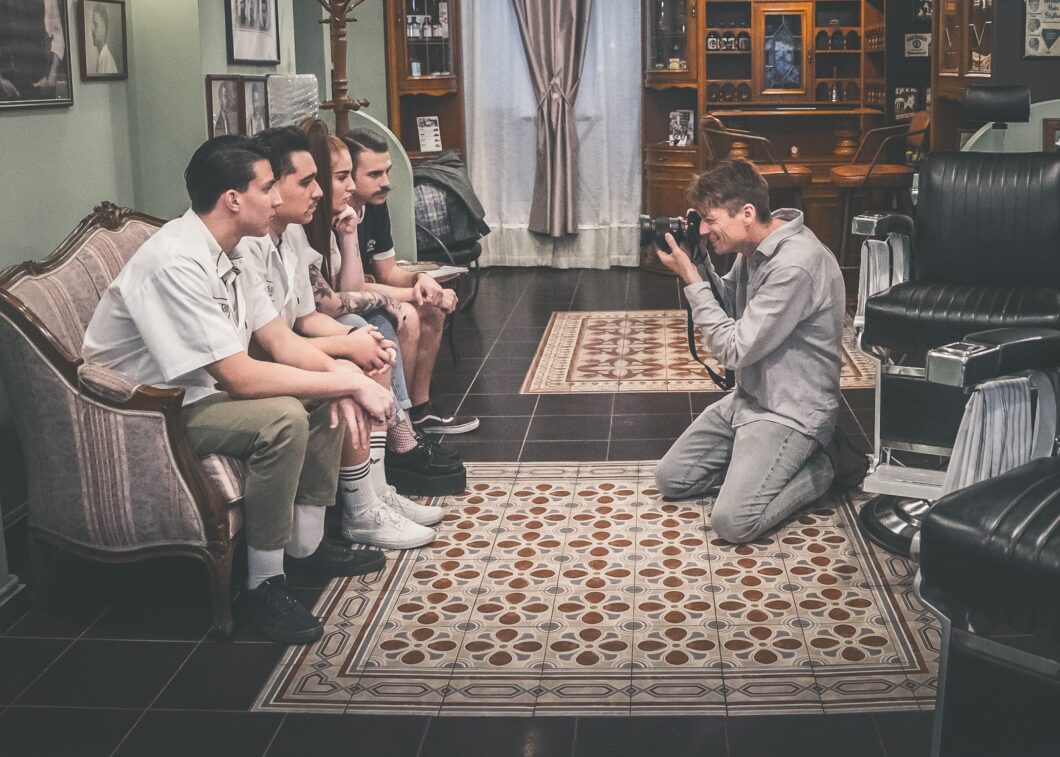 We are frequently asked what camera equipment we use to film our YouTube videos.  A simple question, but I have always been reluctant to rattle out an equipment list for those that ask!

I too am guilty of asking many filmmakers the same question over the years.  When starting out and looking to learn, it’s difficult to know where to start when it comes to equipment.

Over the years we have experimented with lots of different equipment, and there has been a lot of trial and error!  I think a beneficial response would be to share a little of the thought process and challenges we faced filming our videos as this has helped shape our decisions about equipment.

Questions To Keep In Mind:

Keep in mind the following questions as you continue to read:

For us our target distribution platform for sharing our videos is web-based.  We are not filming a movie for cinematic release or a drama for Netflix.  Therefore, we do not need to film with a high-end professional camera.

Also, our budget limits the choice of the camera equipment options.  Luckily over the last decade, the quality of cameras has drastically improved.  In addition, the prices have dropped significantly.  Basically, you can buy a lot more camera these days for less money!

Finally, the filming style and environments we film in greatly influence our choice of camera equipment.  We are shooting a docu-reality or observational documentary style video where the action cannot be controlled.  The cameraperson needs to capture the entire experience in one take so we can reconstruct the experience in the edit room.

Whoever is holding the camera needs to be fast on their feet, have a good eye to frame the shot in seconds, capture the action, and have stamina to keep going for 30-45 minutes non-stop!  Filming our videos is definitely NOT relaxing for the cameraperson!

Disclaimer: All the camera equipment talked about in this article have clickable Affiliate Links. Please read our Affiliate Disclosure for more information.

A lot of our issues with filming were resolved when DSLR cameras emerged onto the consumer market!  DSLR cameras can be hand-operated more easily since they are smaller than a typical studio camera.  Also, DSLRs are physically less strenuous to use for longer shoots, and the inter-changeable lens gave us greater options for filming.

We also do a lot of photography so with a DSLR there was no more multiple cameras for different purposes.  As of 2019, our main cameras now are a couple of Sony a7riii’s.

The Sony a7riii is operationally similar to our previous Sony a7s cameras, and the lens we already owned fit.  The camera has a wide dynamic range, 42.4 Megapixel photos, and internal 4K, NTSC/PAL.  Our Sony a7s was limited to NTSC, so we found it problematic while shooting in Europe and India as the footage was more prone to flicker.  Also, we had found the Sony a7s auto focus that we depended on was a little off at times.

Our four main hang-up’s with the Sony a7s were auto focus slipped to the background too often, 12MP photos was not enough for us, no internal 4K video recording, and no NTSC & PAL options which was very important for our international travels.   All four points were addressed with the Sony a7riii.

Our B-camera or second camera is also a Sony a7riii!  Using identical cameras makes it easier to match the footage in the edit.  Just remember to have both cameras configured identically with the same picture profile and white balance etc!

We have not always used two identical cameras.  Cliff in Las Vegas was filmed with a Black Magic Pocket Camera and a Sony a7s.  Many of our earlier videos were shot using a Sony FS-100 and a GoPro.

We stopped using the GoPros because of the lens distortion and difficulty in matching the footage colors with our main camera.  Although, I did like the ability to stick that small camera in unique vantage points to give interesting camera angles.

We did purchase a Sony RX0 to experiment with in 2018, but stopped trying to use it as a third camera.  The Sony RX0 is compact and powerful, but sadly no internal 4K ability.  Also, the camera constantly stopped recording after only a few minutes.  The camera’s 35mm equivalent lens was good for our needs.  Since this is also a Sony it was easier to color match the footage with our other Sony cameras in the edit!

The Sony RX0 are not the cheapest little cameras out there.  For now, I will probably keep it for the few times I may need an action camera setup.  Hindsight tells me I probably would have been better off with something like a Sony 6400 as a third camera.  This is priced a little more but could have been used for filming much of our travel vlogs too.

Steady footage was always a struggle with this docu-reality style of filming.  Editing software stabilization can only do so much to reduce wobble in the edit.  3-axis gimbals were not cheap and using a gimbal also added extra weight for the cameraperson to carry.

For a long time a 3-axis gimbal was not a justifiable option for us.  The most camera stabilization we used was primarily a basic Handheld Rig.

In 2017, when the quality of smaller hand-held 3-axis gimbals improved, and the cost dropped we invested in a Zhiyan Crane.  With the Zhiyan Crane we had to purchase a smaller lighter lens to use with it.  There was virtually no wobble!

The drawbacks we found were that we were unable to use our heavier lens as the motors were not strong enough.  We also found the gimbal not so quick when having to take the camera on and off for hand-held shots or photography.

In 2020 we replaced the Zhiyan Crane with the newer Zhiyun Weebill S which has a much better payload of 7lbs and packs down better for travel.  This model also has a quick release plate so better to remove the camera for a quick photo and no need to rebalance when reattaching to the gimbal.

In early 2019, we spent some time filming with Rob Hammer in San Diego as he shared some photography tips with us .  After our time with Rob we decided to purchase a  Sony FE 24mm GM more for photography.  But having used it a little when filming vlogs and as the lens for the 2nd camera, I really like the look of the images.

However, when using a gimbal our goto lens is still a Sony E 10-18mm f/4 OSS lens.  This lens is APS-C format so on the Full-Frame camera it gave an approximate 15-27mm equivalence.  This was great for us as it was comparable to our main lens.

For the audio we use multiple sources to cover as much as possible.  Our typical set-up now is to use a Sony UWP-D21 wireless lavalier microphone on the barbers and a Rode Stereo VideoMic X for ambient sound.

We purchased a Zoom F6 multi track audio recorder in 2020 which has been working out great for our filming and recording of high quality sound.  We are using a smaller Rode Video MicPro into the gimbal camera as an audio backup.  Typically, this is only used for syncing all the video footage and audio tracks.

We may also use a Rode NTG4+ Shotgun Microphone on a pole for interviews.  Most of the time we have used the Sony UWP-D21 for interviews and the barbershop walk-a-rounds we film.

We only use available lighting in our videos as the reality-docu style of filming does not allow us to control the movement of the subjects or block off the lighting equipment from being caught in the cameras.

For the interviews we may use a reflector like the Westcott 5-in-1 Reflector Disc to help reduce shadows on the face.  However, we are relying extensively on existing light sources.  We have rented lighting equipment on rare occasions when we felt it was needed for the type of filming we were doing.

So that is our camera gear used to film our videos!  The docu-reality style of filming and our travel needs forces us to operate with minimal equipment.  The camera gear we currently have is more than enough for our YouTube videos, social media and blog posts to keep us going for now.  I will keep this post updated with any changes.

I plan to write some future posts about entry level photography and film.